Free Things To Do In Columbia

Kayak, canoe or tube down the cool waters of our rivers with the Columbia skyline as your backdrop. You’ll pass beneath shady trees and historic bridges as you go with the natural flow of the water. You may even spot a bald eagle along the way! The rivers attract all sorts of wildlife and wonderments that the whole world should want to see. Let's talk about the Saluda/Congaree River Wildlife awaiting you.

The Lower Saluda River supports an important sport fishery for both coldwater and warmwater species. The coldwater fishery is possible because of the cooler than normal water released from Lake Murray, and is maintained by annual trout stockings by DNR of approximately 30,000 trout, with about 75% brown trout and 25% rainbow trout. This makes for ridiculously great fishing and attracts many sports fishermen to our lovely city of Columbia.

Typical length at stocking is from 7 to 10 inches, but rainbow trout of 4 to 8 pounds have been caught, indicating some carryover of fish from year to year in spite of low levels of dissolved oxygen in the fall months. Warmwater species occurring in the lower Saluda River include chain pickerel, redbreast sunfish, redear sunfish, bluegill, largemouth bass, carp, channel catfish, spotted sucker, yellow perch, sandbar shiner, and gizzard shad.

Within the Riverbanks Zoo area, bird habitat can be heavily fragmented and degraded, but the extensive trail system affords the opportunity to see interesting species. The rocky shoals, the steep hardwood bluffs of Riverbanks Zoo, and the area upstream of the diversion weir provide habitats that attract interesting and unique bird species. Spring and fall warbler migrations are inconsistent from year to year, but can be impressive.

Saluda Shoals Park’s extensive riverside and powerline easement trail system affords the opportunity to see many of the same bird species as seen in Columbia’s downtown parks, along with many field species. The park is often one of the best places near Columbia to see spring and fall migrants, so a near-comprehensive list of migrating warblers has been included here. Some piedmont species are highlighted as well.

As for other wildlife, the American Bald Eagle, endangered but recovering, is also known to exist within the Congaree River watershed, along with the endangered Arctic Peregrine Falcon, Brown Pelican, Red-cockaded Woodpecker, Wood Stork, and Red Wolf.

So there you have it! Living in or visiting our wonderful city of Columbia will open a whole array of the Saluda/Congaree River Wildlife. 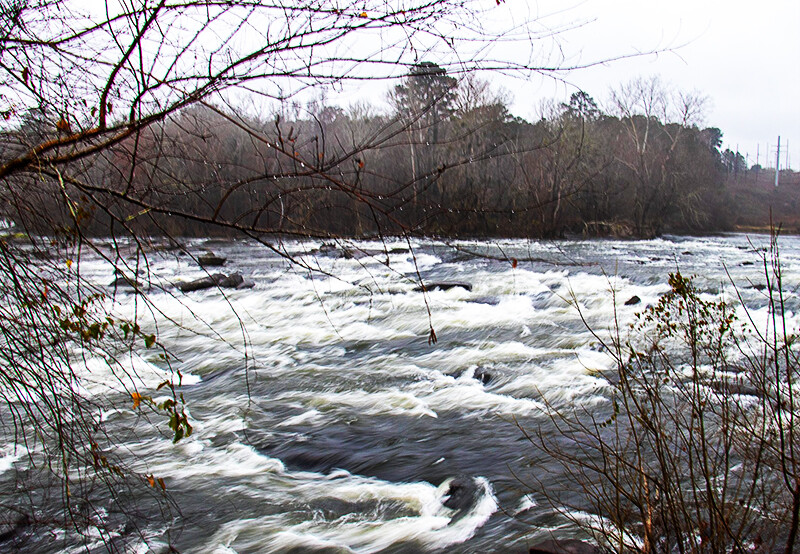 Wintertime On The River 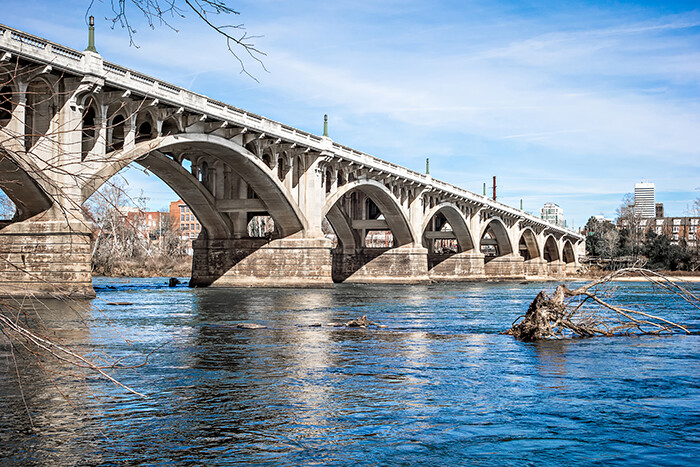 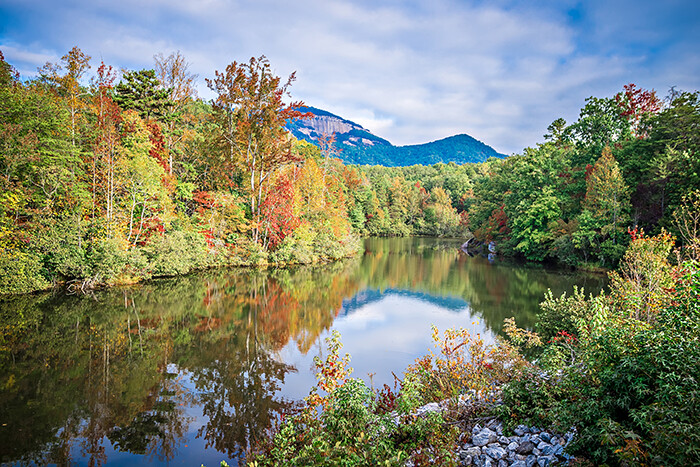